The Air Barrier Association of America (ABAA) dives inside the career of Len Anastasi, President for EXO-TEC Companies in Weymouth, MA. In this feature interview, learn what made him become an ABAA member, what led him on his career path, and get his perspective on the future of the air barrier industry. 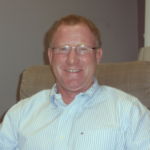 Len Anastasi worked in the construction industry for twenty years in masonry, waterproofing and restoration work. He currently owns EXO-TEC Manufacturing, Inc. which manufactures specialty construction products, EXO-TEC Solutions, Inc. which performs marketing work for various quality and innovative manufacturers of construction products and EXO-TEC Consulting, Inc. which performs consulting services on building enclosure issues for building owners, managers, design professionals and lawyers. In his construction and consulting work, he has performed inspections and / or repairs on over 300 buildings as well as giving expert testimony in trials and reviews on dozens of legal cases. He is a member of ASTM’s E 06 Committee on Building Performance where he has authored both proposed standards as well as proposed changes to existing standards. He is a member of the Boston Society of Architects’ Building Enclosure Council where he has presented on several topics and has been sponsored to speak at the Build Boston Exposition, AIA National Convention and CSI National Convention. He has authored several articles and papers on building enclosure performance and has spoken on these topics at several conventions, seminars and meeting. He is a member of the Construction Specification Institute (CSI), the International Concrete Repair Institute (ICRI) and the U. S. Government’s Building Enclosure Technology and Environment Council (BETEC). He is also a guest lecturer at the Boston Architectural Center.

What was the path to your career — how and why did you pursue a profession in the building industry?

A: I started in the industry in the masonry business. My ancestors on my Father’s side came to America from Sicily in the early 1900’s. My Great Grandfather Lorenzo incorporated Anastasi Brothers Corporation in 1926 in Philadelphia. He brought two of his Brothers, Salvatore and Placido into the business as partners. Scandalous acts by Lorenzo resulted in him being ousted from the business. Salvatore ended up with the company as Placido and his wife never had children. Salvatore had three sons, Joe, Billy and Charlie, that ended up with the business upon Salvatore’s retirement.

After my family being ousted from the business, my Grandfather, Cosmo, started his own business using the Anastasi name and grew it to match the size of Anastasi Brothers Corporation. He developed heart disease in his early forties and no longer had the stamina to run the business so he shut it down and went to work for Joe, Billy and Charlie at Anastasi Brothers Corporation. Cosmo made a deal with Joe Anastasi that his son Larry, my Father, would get a job there when he graduated from college and get a piece of the company. My Father was hired and was later sent to Boston in 1965 to start a new branch of the company. Cosmo died of a massive heart attack shortly thereafter. Joe opened up another branch in Pompano Beach, FL in the late 1970’s. My Father grew the Boston branch to the largest of the three branches. Boston was doing $ 25 million a year, Philadelphia was doing $ 15 million a year and Pompano Beach was doing $ 5 Million a year. My Father was promoted all the way up to President of the company. By this time, Joe had forced his Brothers Billy and Charlie out of the business.

My Father pressed Joe on a succession plan for the business including the share of the business promised to my Father as Joe was in his 70’s and already had open-heart surgery twice. Joe refused to do anything and reneged on his promise to my Grandfather about a share of the company for my Father. Due to that, my Father retired in 1986 at 50 years old. At the time, myself, two of my Brothers and my Father’s Brother Bob were working for the company along with four of Joe’s nephews. We all left the company within a matter of years. Anastasi Brothers Corporation no longer exists.

I went to work running the masonry division of a General Contractor in Boston. The great recession of the early 1990’s resulted in the company having to write off all of its cash net worth due to bankruptcies of projects and companies that owed the company money and the company was closed down. I could not find a job so I started my own company and started out fixing buildings that had leaks or other problems as well as doing small masonry and waterproofing jobs. I grew that company to $ 9 Million a year and had over 100 employees. During that time I invented a product called Jamflash® for flashing door and window jambs in masonry veneers. I received a patent on it and started selling the product. I saw a brighter future in selling the product versus fighting to maintain a share of the dying masonry trade. Not only that, but I was a union masonry contractor and the non-union was overtaking the trade. Today, there are 6 or 7 non-union masonry contractors that are larger than the largest union masonry contractor.

While I was out selling my product, I met various manufacturers who asked me to be an independent sales rep for them so I took on various lines. This helped both me and the companies grow our sales. Also, the clients that I used to fix buildings when I was contracting asked me to consult for them on how to fix their buildings. This led me to doing drawings reviews for these building owners for new buildings that they were going to build as well as inspections as they were being built. I ended up splitting my company up into three companies. EXO-TEC Manufacturing, Inc. for the products that I invented, EXO-TEC Solutions, Inc. as the independent sales representative for the various manufacturers that I represented and EXO-TEC Consulting, Inc. for the consulting work. I did not want to have an incident with one of the lines of work that I did affect the viability of the other two.

During this time I joined the Boston Society of Architect’s Building Enclosure Council. At the time, the Council was headed by Wagdy Anis. Wagdy was a huge promoter of air barriers in buildings and helped get air barriers into the Massachusetts building code with the provision that he organize the formation of an industry association for air barriers to educate the industry about them, offer training, specifications and drawings. Being a lowly salesperson on the council, I was voluntold to be an organizer of the association. I drew up and filed the Articles of Incorporation for the Air Barrier Association of America in 2001, was a founding Board of Directors member and its first Vice President. I became President and held that position for eight years. I was forced off of the Board of Directors a few years ago due to a new term limit provision that the Board of Directors adopted.

Is there anything that you believe everyone in this industry should be working towards?

A: We need to study fastener penetrations through air barriers better. I know the ABAA has done some preliminary work, but it needs to get6 completed.

Also, the industry needs to do studies on adhesion of air barrier membranes to determine:

What role have peers, mentors, or advisors played in your career?

A: A good portion of my knowledge was gained through such people.

What led you to become an ABAA member?

A: I was voluntold to be a member.

Are you involved in any ABAA committees? Do you have any ABAA certifications?

A: I Chair the Conference Committee and have so since it was formed. If anyone would like to take over for me you are welcome to. I am on the Marketing, Technical and Research Committees. I Chair the Ad Hoc Committee on the ABAA Technical Notes where I wrote the first draft for the Technical Notes.

I do not have any ABAA Certifications but am confident that I can “ace“ the CABS certification testing.

How long have you been in the industry?

What major changes have you seen?

A: That we now know how to build better building enclosure systems. We learned through studying the science and physics of how building enclosure assemblies function and stopped relying on marketing that once triumphed over common sense and engineering.

What traits or skills do you think are necessary to be able to succeed in your industry?

A: Always look to learn. Don’t be afraid to ask questions. Humility will get you farther than arrogance or ignorance.

Do you have any advice for anyone starting out in your field?

A: Yes. Move to another field. Something like phrenology is a lot less stressful than the construction industry and you will not have to work a ridiculous amount of hours per week.

What do you think the industry will look like in five or ten year’s time?

Stay up to date with everything ABAA.